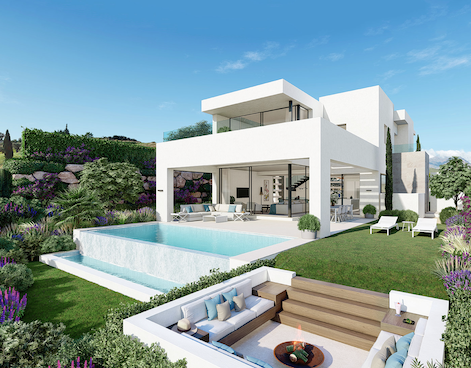 Overseas property buyers are snapping up homes in Spain in record numbers, outpacing the boom years of the real estate industry.

The latest industry data released by the Spanish General Council of Notaries (Centro de Información Estadística del Notariado), shows a total of 53,359 homes in Spain were acquired by overseas buyers in the first half of 2018.

The number dwarfs the 33,000 sales recorded in the same period from January to June 2007, when the Spanish property market was at its peak.

And despite ongoing political instability at home British buyers continue to lead the way, accounting for a record 7,613 property sales transactions, an increase of 8.8% over the same period last year.

Interest from overseas property buyers continues to fuel the rise in house prices, with 18.7% of Spanish property sales (or almost two in every ten property sales) coming from abroad.

Purchasers from the United Kingdom accounted for 14.0% of all property sales to overseas investors, followed by French buyers with 4,211 homes, and German nationals who purchased 4,138 properties in Spain.

Sales of Spanish domestic property to British buyers has increased by 13.0% since the country´s June 2016 Brexit referendum, which saw the UK vote to leave the European Union.

Most notably, interest from Irish and Danish buyers saw quite considerable increases, with sales to Irish residents up by 24.7%, and property sales to buyers originating from Denmark showing an 18.2% increase year on year.

The Valencia region, including the popular Costa Blanca, remains the favourite destination, heading the list of provincial communities by a comfortable margin. Nearly one in every three home sales (15,613) took place in the autonomous community, and the region posted the highest annual growth at 16.7%.